Series: Not a Series

Other Books by This Author: Hush Hush series, Dangerous Lies

Positive Review: This book was a real page turner. Every time I got comfortable, something new happened that kept me on the edge of my seat. When the book was getting slow and I started thinking about putting it down, there was a twist in the story that had my heart racing all over again. I didn't know who was bad and who was good anymore, I just had to keep reading. The character development is phenomenal. Britt started out relying on all the men in her life, her dad, her brother, her ex... but throughout the story, she proves herself. She learns to handle things on her own and take care of herself without relying on the the help of others. The romance was also a nice touch.

Negative Review: There some parts of the story that were a little slow, but the author quickly fixed that by adding a new twist. The ending came a little too quickly for me, I'd have liked for a little more action. I also wished there was a second book instead of an epilogue, so the story doesn't just jump ahead a year.

Overall Review: I don't normally read thrillers, but this one wasn't too intense and I definitely recommend it, especially those who want to try a thriller without jumping straight into one by Stephen King.

Summary: It's Spring break and the choices are a relaxing beach... or backpacking through the mountains during a snowstorm. Stuck in the snow, Britt and Korbie abandon their car looking for shelter, coming across a cabin inhabited by two men, Mason and Shaun. Everything's going well until the men reveal their purpose for hiding in the woods; they're running form the cops. Britt is the only one who can take them off the mountain, she has a map made by Calvin, but they don't know that. Leaving Korbie behind with the hopes she'll escape and find help, Britt heads out with the two men. Surviving outside in the freezing landscape with two criminals, one of which might possibly be a murderer, teaches a girl how to take care of herself. On the run with dangerous men, Britt doesn't know who to trust anymore, because everyone has a shadow, and every shadow came from light.

*Originally published on 07 January 2018 to http://teenbookwormreviews.over-blog.com/ * 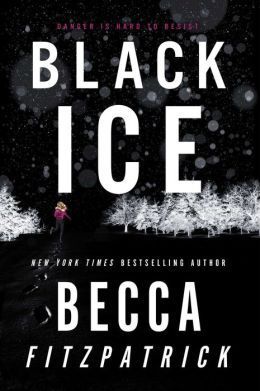 Tag(s) : #Reviews, #Books
Prisoner of Night and Fog (by Anne Blankman)
Throne of Glass (by Sarah J. Maas)
Comment on this post