Series: Not a series

Other Books by this Author: War Horse, Private Peaceful, Why the Whales Came, The Wreck of the Zanzibar, Alone on a Wide Wide Sea, Farm Boy, and more.

Positive Review: I read this book when I was younger and have just finished rereading it for the second time. It is such a good novel written to appear as a true story, even though it's fiction. I love the character development and imagery used, I can clearly picture the setting in my head. The plot was well developed and easy to follow. I would definitely recommend this book to almost any age group.

Negative Review: Although it is for a younger age group, I did not quite comprehend some of the things that were said when I was younger, but as I am now older, I found the book an easy read. I wish there was a little more depth to the story (longer and more distinction between rising action, climax, and falling action) and I would like to know more about what happened to Kensuke after.

Overall Review: A few years ago, I may have given this review 2 stars, but it definitely deserves at least 4. It was an easy read that some could easily finish in one sitting. I loved the writing style and how the words flowed nicely.

Summary: Washed up on an island in the Pacific with his dog Stella, Michael struggles to survive on his own. He can't find food. He can't find water. But just when things are at their worst, Michael realizes that he and Stella are not alone. His fellow castaway, Kensuke, has lived on the island since the bombing of his native Nagasaki. Kensuke keeps his distance at first, but slowly, he lets the boy into his world. The two teach and learn from each other until, inevitably, they must talk about escape.

*Originally published on 29 April 2017 to http://teenbookwormreviews.over-blog.com/ * 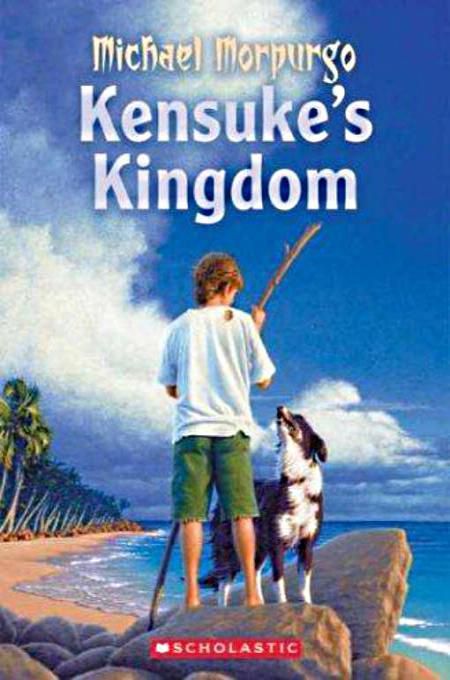