About the Author: Michael Ondaatje was born in Sri Lanka but is now a Canadian poet and writer.

Other Books by This Author: The English Patient, Warlight, In the Skin of a Lion, Running in the Family, Divisadero, Coming Through Slaughter, and more

Positive Review: The story was pretty interesting in the beginning. I felt like I was reading a mystery novel where I had to use the clues the author gave me to solve the case alongside Anil and Sarath. The narration was in the third person, but it still seemed stream of consciousness, so I could follow the characters' thinking. I like getting personal with the characters, and this novel was a bit raw. The emotions were laid bare with details that made the characters feel more real and less fictional. They were relatable.

Negative Review: I wish there were chapter numbers and page numbers on each page. I was reading the book with others, so it was a bit difficult at times to (literally) get on the same page. I would have also appreciated more visual imagery, for the setting to have been clearly painted through words. There were times I was at a loss as to who was speaking, as the narrator changed (third-person omniscient). I wasn't happy with the ending. It left me with questions. I don't think that it was a good resolution for the story Ondaatje wrote. I would have preferred much more information about the characters.

Overall Review: It was interesting in the beginning, then it became a bit "eh" before improving the more I read. I was interested in the provided backgrounds of the characters, but those then made me wonder who the main speaker was supposed to be (I leaned towards Anil). I still enjoyed some of the changing speakers' voices. The characters' stories were interesting on their own, but I found they confused the plot for me at times. I also struggled to determine the time some events were set in. Is this the present? A flashback? I liked and disliked the writing style. I was engaged, especially by the little paragraph endings (like mini cliffhangers for the next paragraph!). I don't think I'll re-read this book in the future, but I don't regret reading it and I think many could enjoy this novel. But for me, it's just one more book to put on my shelf.

Summary: Anil Tissera returns to her hometown in Sri Lanka in the middle of a civil war. She returns as a forensic anthropologist after having been educated in England and America. Sent by a human rights organization, she sets out to discover the source of the organized campaigns of murder engulfing the island.

*Part of summary taken from backcover. 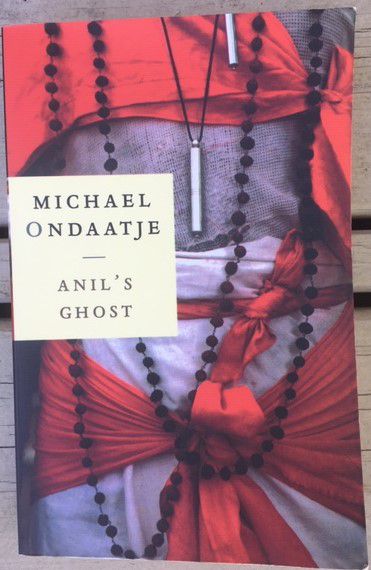