Positive review: I really loved these books and I can't wait until the third book comes out! I just loved how Integrity was such a strong female character. The romantic tension and action was also a very nice bonus.

Negative review: Hmmmmm... maybe the only negative thing is waiting for the next book.

Overall review: This book is a must read for anyone who is still breathing, and if you are not breathing, find a way to pick up this book and read it too.

Summary: I was never given a name. No one bothered to. I was always an outcast, the forgotten girl who left a bad taste in peoples' mouths whenever she spoke to them.

When my mother died, my father went crazy. He killed his whole clan, but was it really him? I don't know.

I ran. It's what I became good at, running. When I was never given more than enough to get by, I ran and stole. Now, I'm a thief. I gave a name to myself, because no one else would. My name is Integrity, an ironic name for a thief, I think.

But, alas, when I try to run once more, I'm dragged back to a past best forgotten. With people I would rather leave buried, and places I'd prefer not visiting.

​Let me be a thief, and I will steal back what is mine. There is no where to hide a treasure, when that treasure is to be stolen by me.

*Originally published on 20 March 2016 to http://teenbookwormreviews.over-blog.com/ * 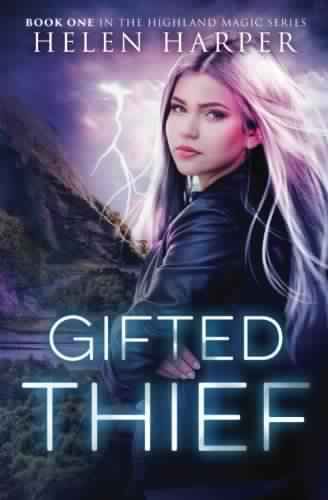